Heads up! There is a new version of PAC Project out.

Typically, a point release has some bug fixes and perhaps a new feature or two. But this one packs enough of a punch that I wanted to bring its new goodies to your attention.
In fact, many of you here have been asking for a few of these new features!

Please note!! There are new features in this release that require firmware versions that are not released yet.

In this forum post, I will simply make note with a **

The required firmware versions are: v10.5 or higher for SNAP PACs and v3.5 or higher for groov EPIC.
And no, I don’t have release dates yet…. Just know that when you do that firmware update, PAC Project will be ready to go!

While in Config mode, right click on the ‘Variables’ folder in the strategy tree… 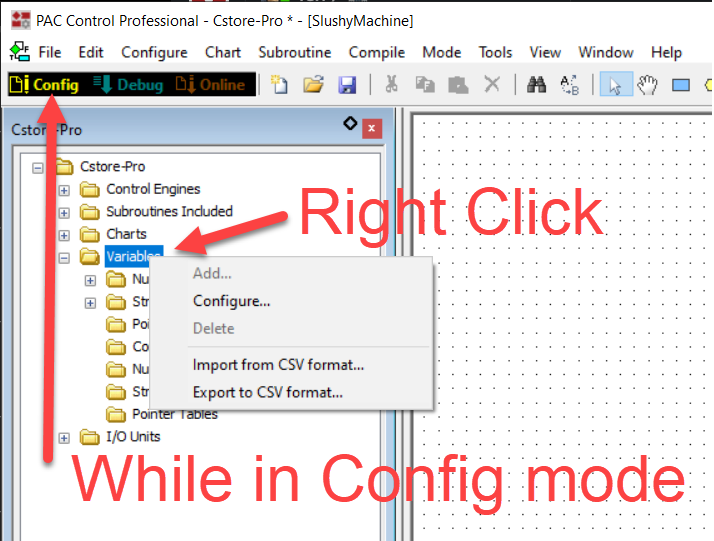 Yup, you can now export and import variables via CSV.

Make sure you read the manual to get the right format of the file. It is pretty detailed, and has to be spot on.

Well worth reading the manual in the case of this new feature.

** Ok, next up, paving the way for some cool new features that require the firmware versions mentioned at the start. 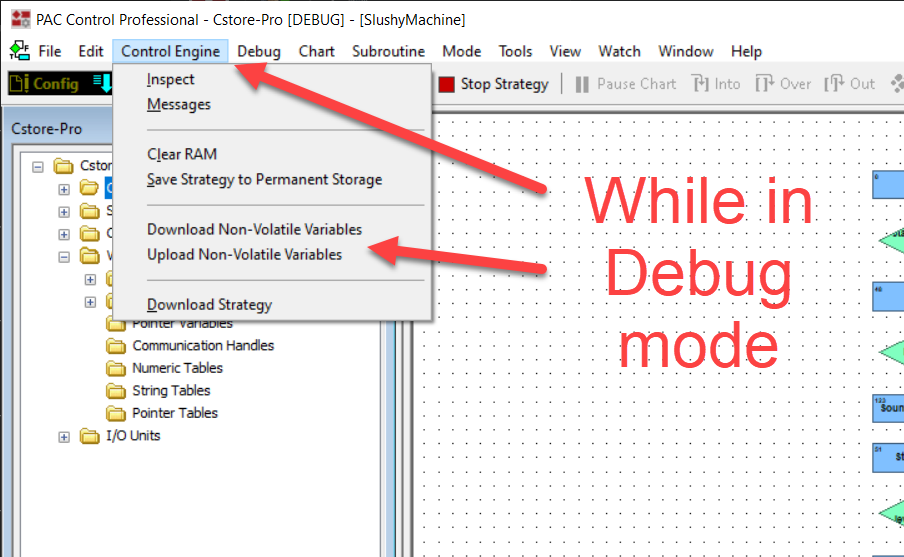 That’s going to be very handy. It’s not a hard and fast replacement for OptoTagPreserve, you can’t script this for example, but still pretty handy I’m sure you agree.

Next up… TPO output in PIDs.

Yup (finally), if you set your digital output to have a TPO feature, you can actually assign it to a PID loop. 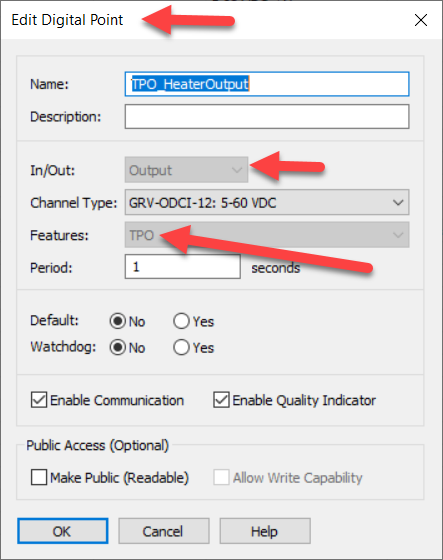 No more having to set up this function in PAC Manager. Of course you still need to set the TPO period (and tune the PID loop) in PAC Control, but it takes a few steps out of the process. 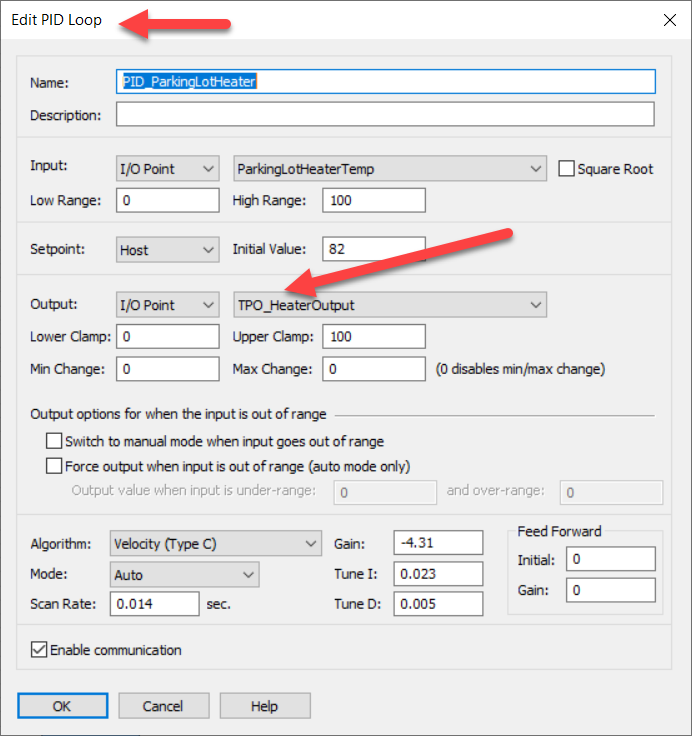 While we are in the I/O point configuration area… Here is something we used to have to configure in groov Manage, but not any more.

You can now set the moving average filter value in the analog point configuration in PAC Control. 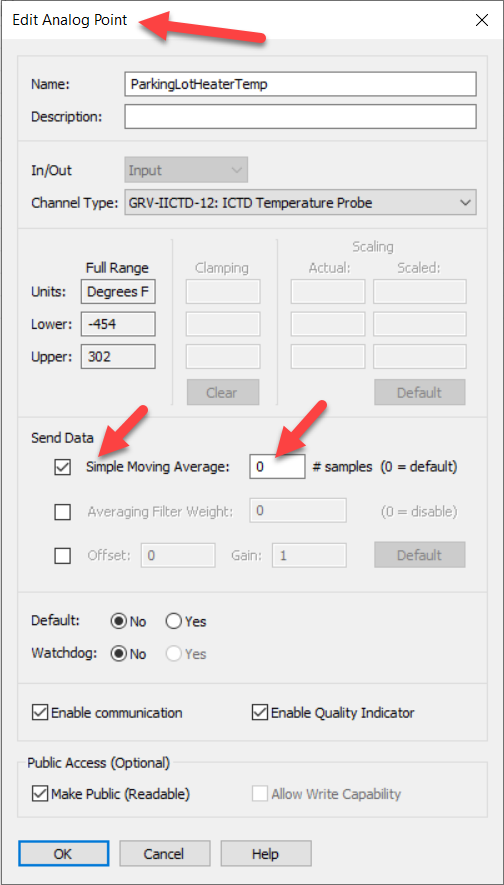 Almost there with the screenshots… For those of you that love to throw around 64 bits of bits (heh, see what I did there?) we have some new commands for you… 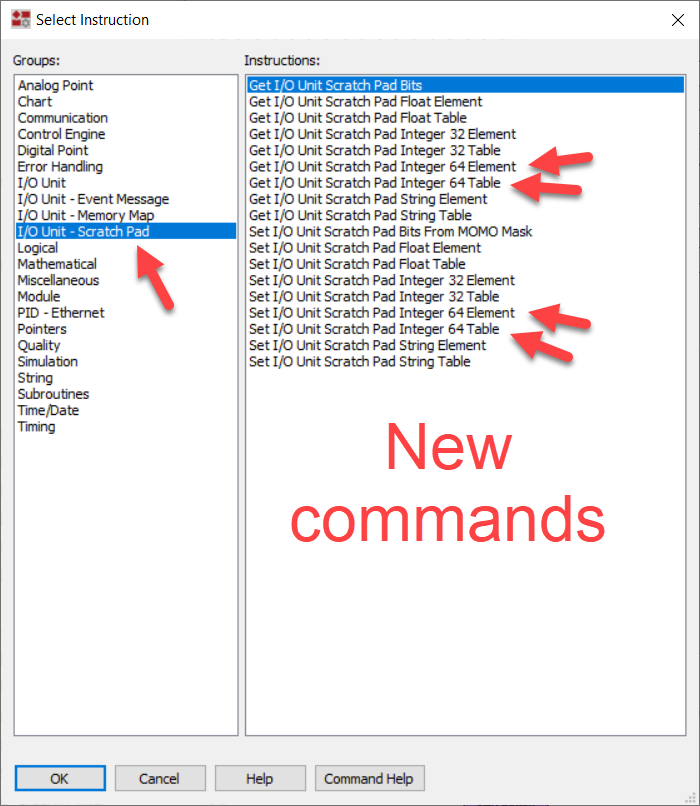 Another new PAC Control feature that is hard to show from a screenshot: you can hit CTRL+A and select all elements in a chart. Great for grabbing everything and moving it around for example.

We also did a bunch of bug fixes, you will find them in the KB section of the website.

Right then, it’s a pretty nice update with some really sweet features in the pipe for upcoming SNAP PAC and groov EPIC firmware releases. Coming Soon.