When something went wrong, I found a problem with the tracker. When “open outgoing communication” is used, the command returns the value "TH5900_ TCP_ stat“ is equal to 0. Doesn’t that mean success? But next I’ll use “communication open?” When checking, the return value is 0, and the communication is not established.

Why? How to solve it?How to confirm that the communication is established normally? 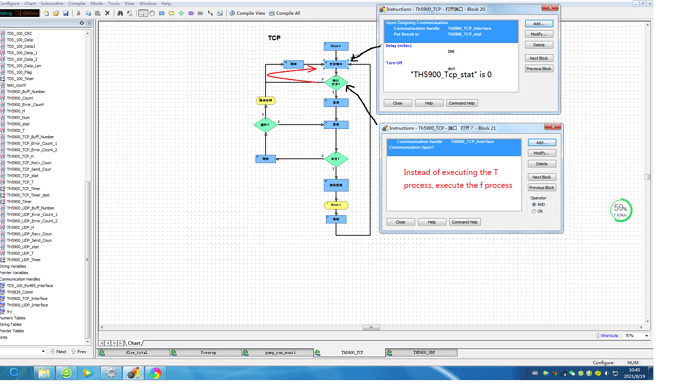 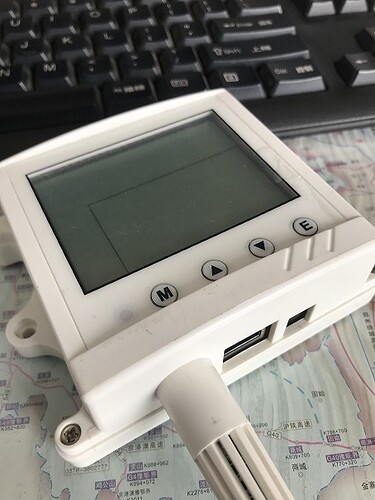 When returning Stat = 1 it “usually” means that the comm is open and connected.

Are you saying that the condition for Comm Handle Open? is not met and it returns to opening the port?

Are you closing the outgoing TCP connection again after failure?

I mean, this command does not correctly reflect the status of the TCP connection. Is it a connection? Or disconnected?
This is the command below.
Communication Open?
Communication Handle TH5900_ TCP_ Interface

apologies I made a typo above, I should have checked, your comm is not opening it seems. See below:

This is a function command; it returns a value of true (non-zero) or false (0). The returned value can be consumed by a control structure (as in the example shown) or by a variable, I/O point, and so forth.

Are you using the “Get Number of Characters Waiting” command?

I see, thank you!

This is the core of your problem.
Please review page 263 of the PAC Control Users Guide (doc 1700 - from PAC Control, click on Help, then Manuals).
It describes your problem. You are running out of TCP sockets. The only way to get them back is wait, or cycle power to the controller.

Your chart is too aggressive in opening and closing connections.

The only way to see the number of connections is to use SNMP which is not really straight forward.

Don’t open and close.
Open and use.

50 is hard, but not impossible.

Is there any way to release the resources of TCP stack as soon as possible? 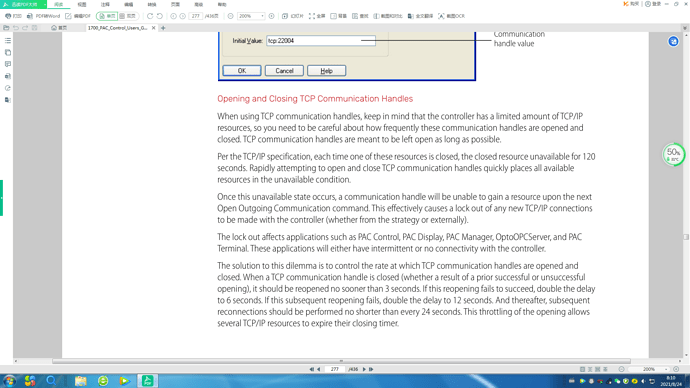 Yes, thats the page I suggested you read.
handles are meant to left open as long as possible

Thank you. I’ll try 50 handles instead

No. I would not do that.
If you cant do one for more than 24 hours, 50 will only make things (much) worse.
Get your chart for one comm handle sorted. Then add more. Slowly.

Are UDP communication handles also limited by this stack?

I would not open and close frequently, but you are welcome to try that method.