10.4 does not migrate on/off latch commands and then cannot read them correctly. Also, even though 10.3 remains installed it is boogered up by the same issue. Install 10.4 with caution.

I don’t quite follow you here… And I want to get it to the software guys ASAP… can you just take a minute and flesh it out a little for us - please and thanks.

Give me a few minutes to collect data.

Well. I can’t collect all of the data. Re-installing 10.3d fixed the problem and I cannot recreate it, but here is what I have:
I installed 10.4, it installed side-by-side with 10.3d. No issues during install.
I opened my last project with 10.4, got the upgrade warning (OK’d).
Tried to go online/upload updated strategy and got this during compile: 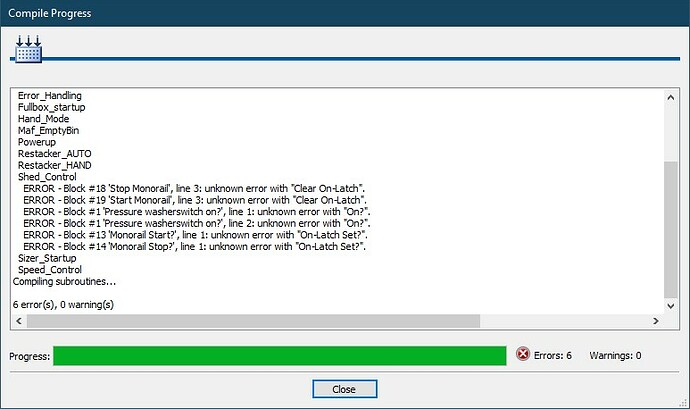 I closed/canceled out of 10.4 and opened an archive from yesterday in 10.3 and got the same exact result when I tried to go online.

I then went to one of the blocks in question and the “Clear On-Latch” had random gibberish for the control point. Unfortunately, I did not think to get a screen capture of this, but this what it is suppose to look like: 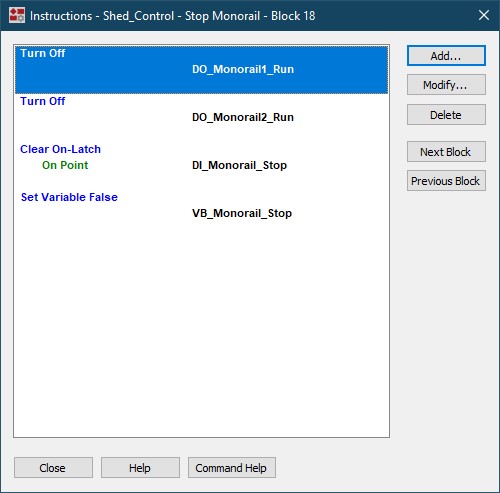 Out of desperation I downloaded (upload?) the strategy from the control engine and retried with 10.3, same result so it’s not the strategy.

I then re-installed 10.3d and tried opening up the original file. Everything worked fine. Saved an archive just in case.

Out of curiosity I opened the same strategy in 10.4 and now it works fine.

For further testing I then re-installed 10.4 thinking it was overwriting something common to both versions.

Thanks for the details.
I know it takes some time to collect and write up.

Will take a look here and see what we can find.